What is the meaning behind the symbol of dentistry?

A symbol is used to represent an object or a process. The symbol depicts the purpose of an object. Every single letter, color or anything that is used in a symbol has its individual importance. Same is also with the symbol that is used to depict dentistry. Though quite similar to medicine, the symbol has its own significance for dental science. The symbol of dentistry has several characters that have their unique importance. 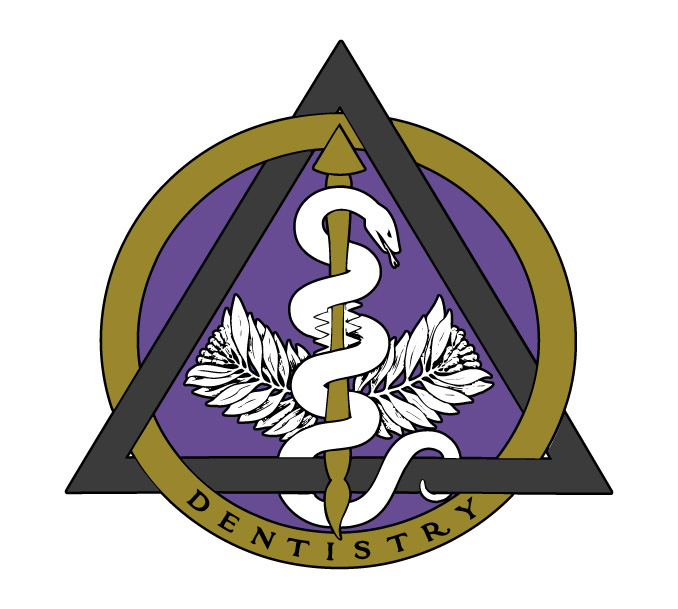 Basic design and meaning of snake–

This symbol is associated with dentistry since 1965, when the American dental association (ADA) adopted for the first time as its logo. Since then, there have been no changes in the emblem. The emblem clearly shows a single snake wrapped around a staff and that depicts the Greek god of healing, Asclepius ( ⚕ ). In the ancient days, snake was considered for curing many diseases . It is because of its power of shedding its skin. This symbolized rebirth and rejuvenation.

Symbolism of letters, leaves and berries-

The symbol of dentistry also has a triangle and a circle intersecting with each other. This is nothing but two letters delta ( Δ   ) and O respectively. Delta stands for letter D in ‘dentistry’ and letter O stands for omicron that means ‘odont’ or tooth. The symbol is also seen to have two branches on either sides of the staff and snake that has 32 leaves and 20 berries. Now this too has a meaning. The 20 berries depict the presence of 20 number of primary or baby teeth. The 32 leaves are the number of teeth seen in permanent dentition of a human being.

If noticed carefully one can find the color coding. A special color of purple that is ‘lilac’ is used and that is marked as an honor to the dental graduates in the form of their cap and gown color. The story behind choosing this color is that purple was considered as a prestigious color by the kings in those days.

How many teeth do adults and kids have? Have you ever wondered?

Signs that tell a Root canal treatment is to be done

What to expect when getting braces?

What is inside your mouth beyond teeth?

What are wisdom teeth and why are they removed?

Thanks for following my blog.

This is Dr. Purtika Choudhury, a dentist by profession and a blogger by passion. Having a degree in dentistry, I thought to put forth my views and knowledge through my blog authoritydentalblog.com.

Dental care is important and should not be ignored. Due to the lack of dental awareness, people neglect taking proper care of their teeth. So, this is my effort to create that awareness. I share about general and cosmetic dentistry and try to help out on maintaining your oral hygiene.

Feel free to get in touch with me for any help on dental issues.

How many teeth do adults and kids have? Have you ever wondered?

What should you know about organic denture adhesive?

How to Remove Denture Adhesive?

How to Apply Denture Adhesive?